LIV Training is a vital part of the LIV vision to restore lives and release stars. Uplifting community members and ensuring that individuals are employable and able to take care of their families, is the main drive behind LIV Training. LIV Welding Academy, in association with Afrox, is only one of the vehicles used to achieve this and has been going from strength to strength.

The first group of students have completed their first year of training and we are overwhelmed with the excellence they are achieving. It is astonishing to see how the students are growing and able to apply their knowledge of the trade, to their work. This practical application has ensured a few textbook welds on first attempts during exams and tests.

Two of the students, Sakhile Nzuza and Bulelani Quishane, both sponsored by Afrox, participated in competitions in October and fared extremely well.

Sakhile Nzuza took part in this competition as part of the South African Team. This competition has not only given Sakhile an opportunity to be exposed to welders from other countries, but it has given him an opportunity to be on an aeroplane for the first time in his life! A very exciting experience indeed. Sakhile came 4th overall and was the best welder from South Africa. We are extremely proud of him. Thank you to MERSETA who sponsored Sakhile to go to this competition.

“LIV and Afrox have changed my life forever. Before I became a student at LIV Welding Academy, I had no hope but now I am hopeful to have a career, a safe home and to create a stable environment for my family.” – Sakhile Nzuza, LIV Welding Academy student

Bulelani Quishane, another student at LIV Welding Academy, took part in the regional qualifying competition at the Umfolozi TVET College in Richards Bay from the 3rdto the 5thof October. He was accompanied by the LIV Welding Lecturer, Laveshan Narainsamy.

Bulelani competed in the regional qualifying competition and came 4thoverall – such a beautiful achievement considering the very short amount of time available to prepare.

“Bulelani made me extremely proud. The way he applied what he has learned in class, was wonderful to see and I couldn’t be happier with his results.” – Laveshan Narainsamy, LIV Welding Academy lecturer

Both these students are immensely proud to be part of LIV Welding Academy. They are grateful to Anne Meyer (HOD of LIV Training), Laveshan Narainsamy and LIV for giving them these opportunities to grow and exel and are very fond of their classmates and the deep connection and camaraderie they experience. 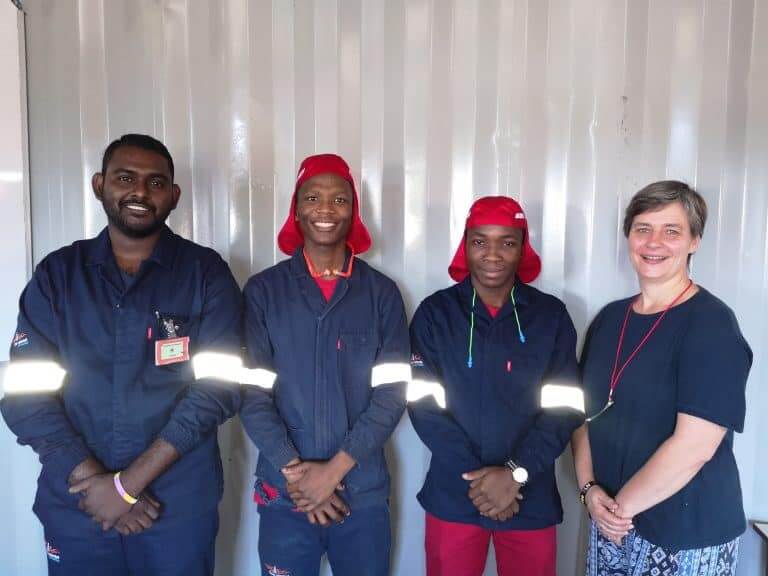 LIV Training is looking to expand in the near future and will be adding Computer Skills, AET and Farming Training to possible training courses soon. If you would like to know more about LIV Training and how you can get involved, please contact annemeyer@liv-village.com