LIV2Run developing at a rapid pace

LIV2Run has been growing and developing at a rapid pace over this past year after many months of ground preparation, dreaming and planning. The LIV2Run Athletics Club is now established in KZN as well as Gauteng and we are so excited to share LIV2Run Durban’s latest news with you.

This year we took 40 athletes including LIV children, LIV mothers and community members to watch the Comrades Marathon.  Our trip was sponsored by Thirsti Water who kindly sponsored us with transport and snacks for our day supporting from their waterpoint at the infamous Polly Shorts near Pietermaritzburg. This year was the up run so athletes tackle the arduous run from Durban to Pietermaritzburg. Loads of fun was had by all shouting for all the athletes running by and many young children were inspired to run the Comrades themselves one day. 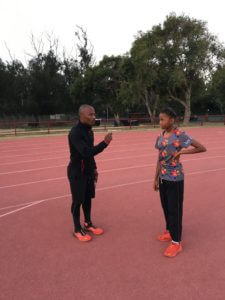 The LIV2Run Durban Elite Team consisting of six athletes, went for an altitude winter training camp in Drakensberg.  This kind of training is very important  as it is part of an athlete’s off season training. It focuses on body conditioning and prepares them for Cross Country in Term 3 and Track and Field Championships in Term 1 next year.

The Total Sports Woman’s Race was held on Woman’s Day, Friday 9th August. The distance was 10km starting at Kings Park Athletics Stadium, following a route along the Promenade and finishing back at Kings Park Stadium. The two LIV mothers in our Elite Team took part and with much excitement sported their pink race t-shirts and buffs! Well done to Nana Thembi and Mama Nkosingiphile for completing the race and representing us so well!

We had two of our Elite Team members take part in the half marathon at Mandela Marathon, which is the 2nd biggest marathon in South Africa.  For both of them it was their first Mandela Marathon and they did very well. The Mandela Marathon is highly competitive race and is one of the highlights on our calendar.

LIV2Run started taking part in schools cross country this year. It started in wards level selection, where we had to compete as LIV School and the competition continued to national level. One of our athletes, Nkanyesi Guliwe, qualified in all these stages and she competed at the Cross Country Championships in Mpumalanga and came 7th in the u/13 age group. We are extremely proud. 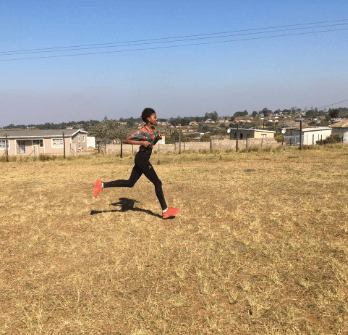 Nkanyezi Guliwe, our star cross country runner who came 7th in her age group at the SA Championships.

LIV 2 Run was interviewed by two local radio stations, namely Highway Radio & Siyathuthuka FM where we got to share who we are. One of our athletes also got to share his story and journey in athletics and the opportunity he has found with the LIV 2 Run club.

If you would like to find out more about LIV2Run Athletics Club and how you can get involved with the development of these amazing athletes by fundraising, sponsoring or partnering with us, contact run@liv-village.com and be part of changing lives in South Africa!