It’s been almost 3 years since the boys’ first training session, and at the time, they were 6 or 7 years old.

I remember so clearly, thinking, wow, there are some beautiful diamonds in the rough here. Really rough.

In that first training, a boy (we call him Zebra) sprinted as fast as a springbok from one side of the field to the other. He was so quick, he outran the ball!

I was thinking, once this boy has the skills to match his speed, he’s going to be an absolute STAR.

It’s 3 years later now, and this boy’s skills do match his speed, and it’s a beautiful thing to behold. 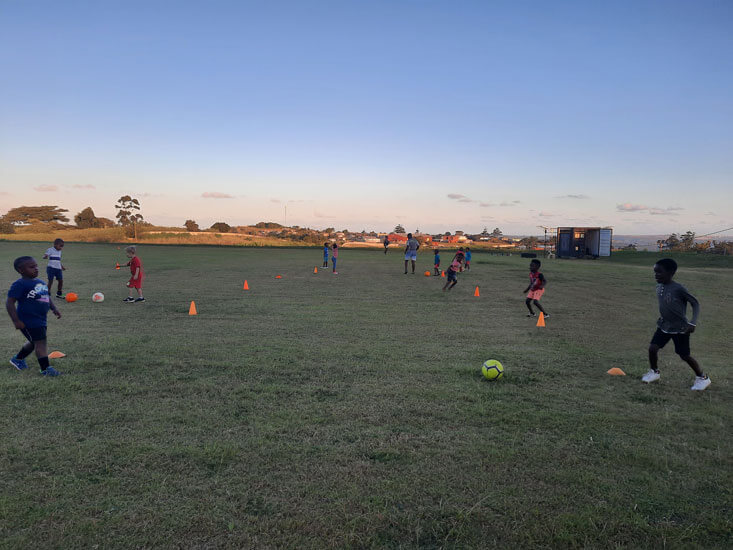 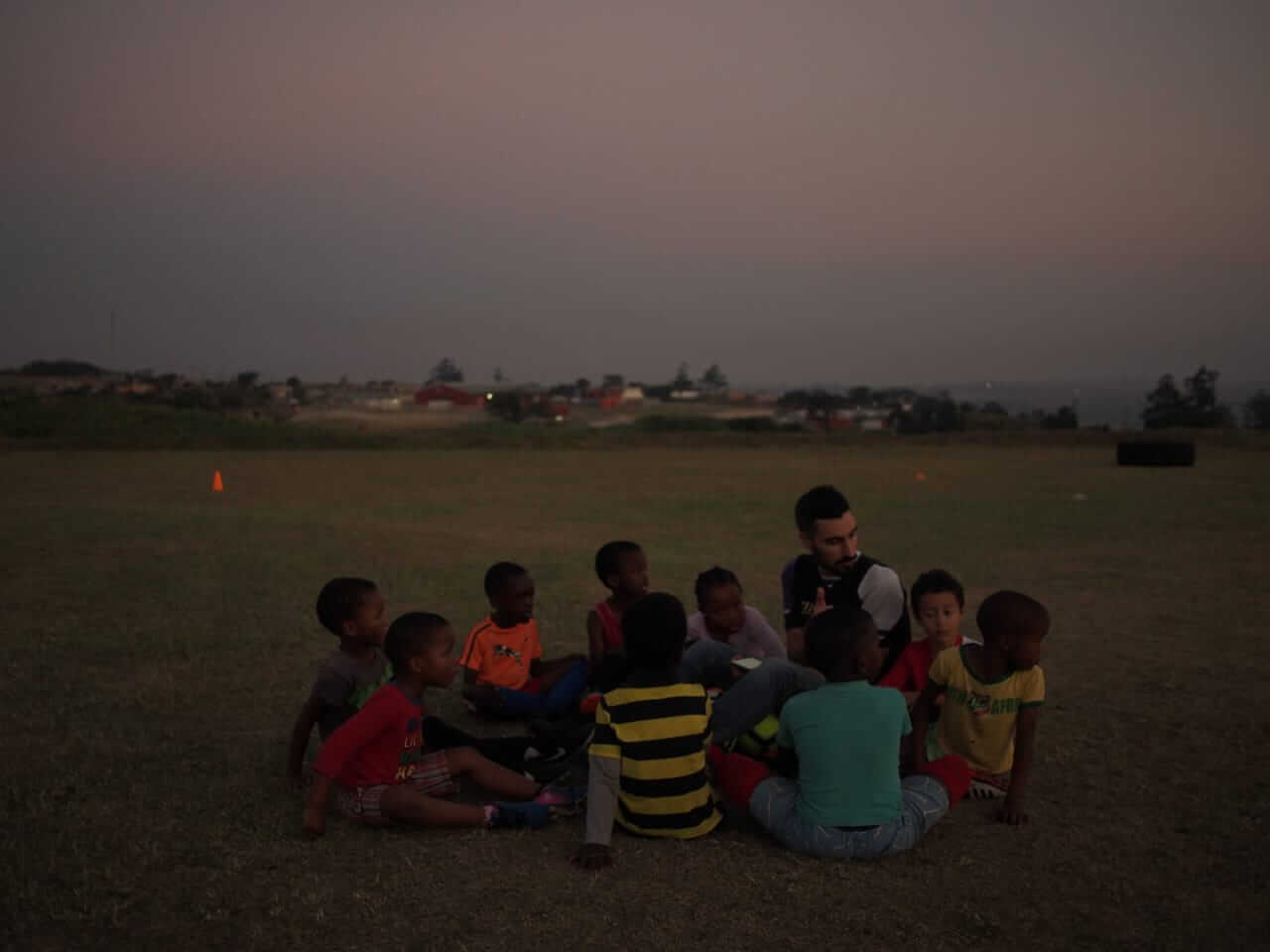 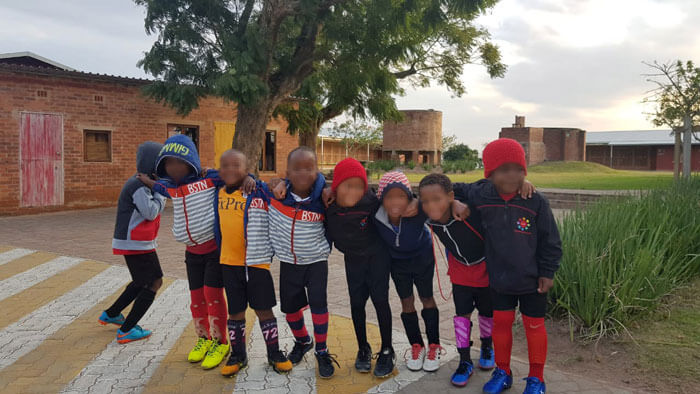 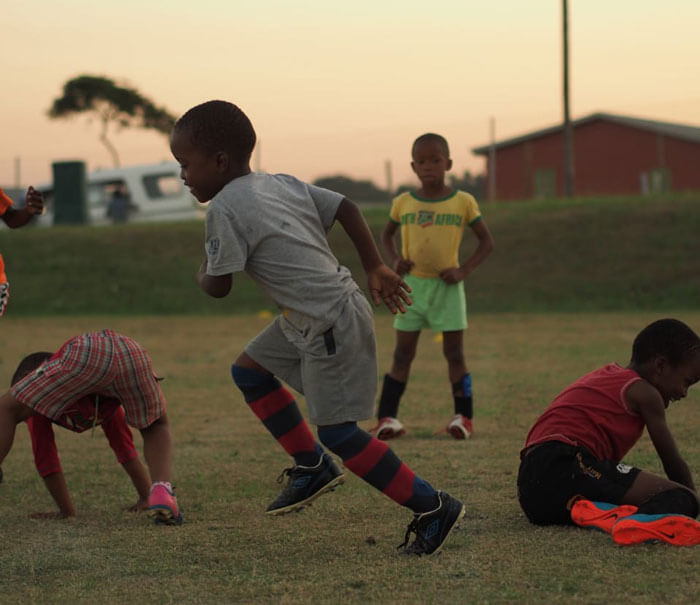 But, it hasn’t been easy.

Although the boys and girls have learned to express themselves on the field, off the field, many are still wrestling with their emotions (and even each other).

There have been so many heart-wrenching challenges in these past few years.

We’ve had the starts and stops of lockdowns, isolations, not-able-to-play letdowns, and civil unrest shutdowns. The boys have cried, they’ve fought, challenged authority and disrespected each other.

One of the team members had to spend 1 month in hospital last year because of an eye issue. No visitors were allowed, just his mum was able to see him once or twice. That one really hurt my heart.

It’s been a confusing, and extremely frustrating time for the boys who struggle to understand why they couldn’t play at times, and why these terrible things are happening around, and to, them.

It’s during these tumultuous times, when a simple distraction; some physical action, can be one of the most effective therapies. To run, and shout, to save a goal and score a goal. To chase a round ball on a rectangle field…

Thankfully we were at least able to carry on training while many other teams were not. This really did help us from completely losing it. We took this time to practice goalkeeper skills, passing and goal scoring. After a while though, the boys started losing their patience… Even our soccer mums, Zuki, Nontokozo, Ashlé and Thanda, were longing to shout for their boys once again.

After a couple of long months, the heavens finally began to open. The turning point was after the unrest, and the third wave, when we were able to start playing friendly games off the village again.

It was glorious. Invigorating. Inspiring.

From September, we organised a game a week for 3 months straight, playing various teams across the city. We’ve had some phenomenal results and some frustrating losses. Most importantly, we saw our boys having fun again and enjoying this very happy part of their lives.

We also saw some very stirring improvements in Character, teamwork, and skill. 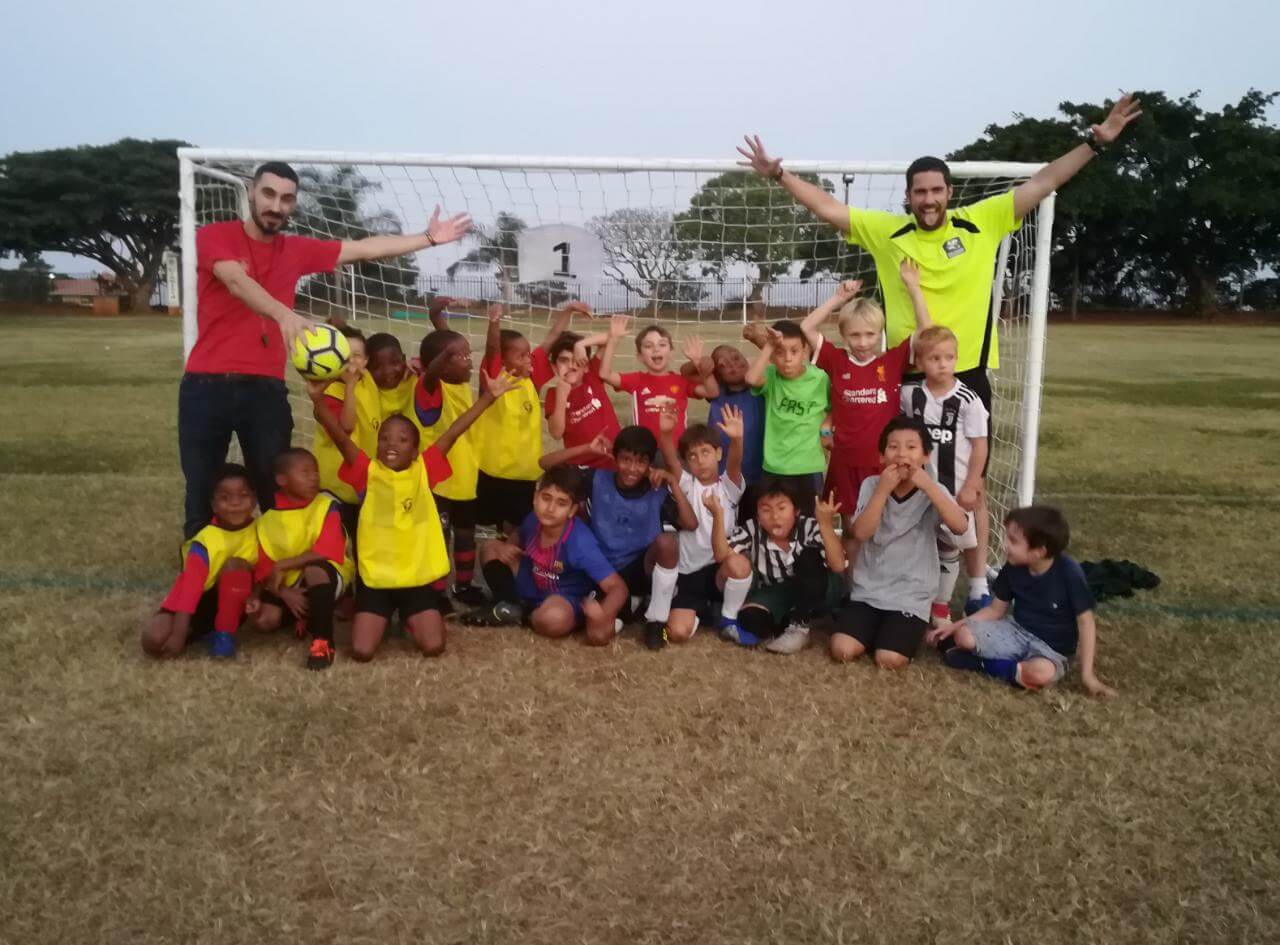 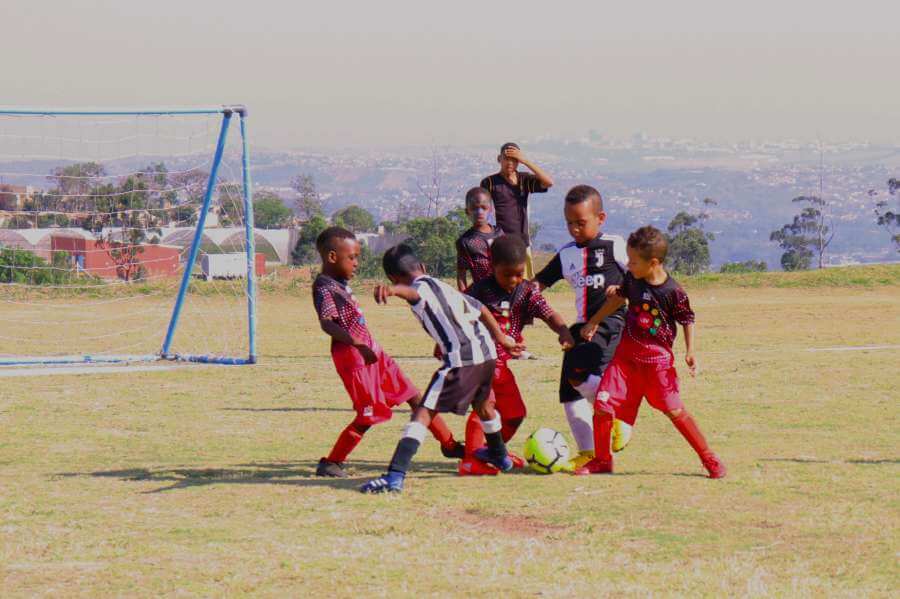 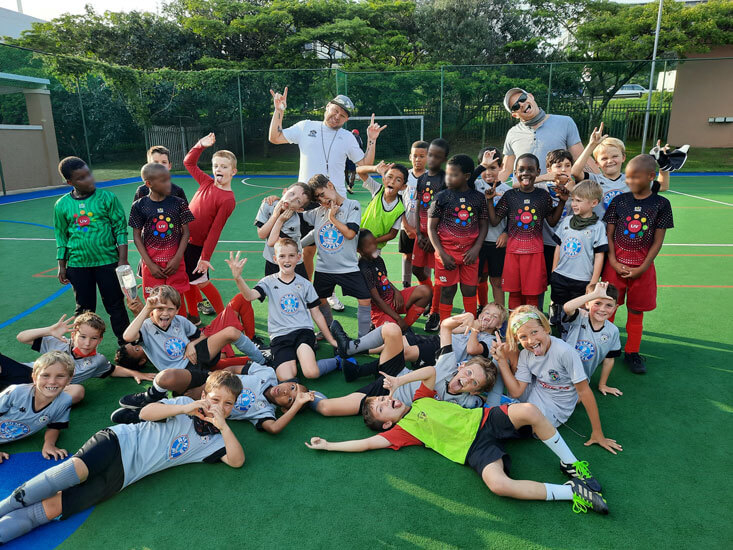 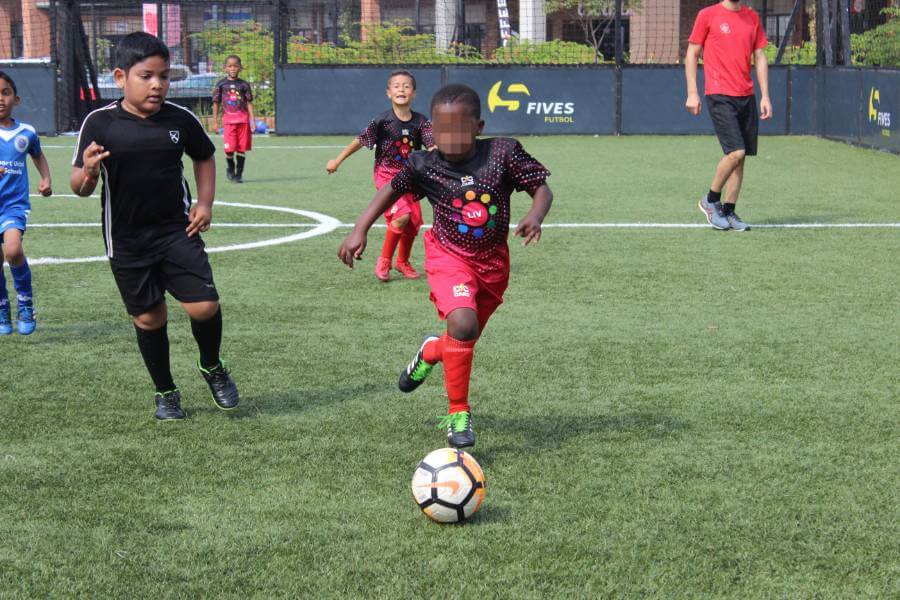 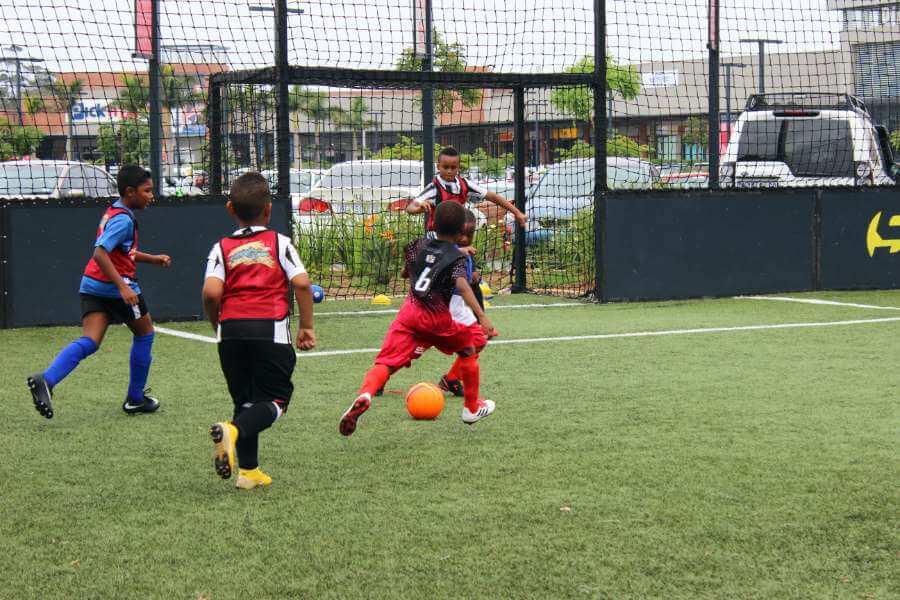 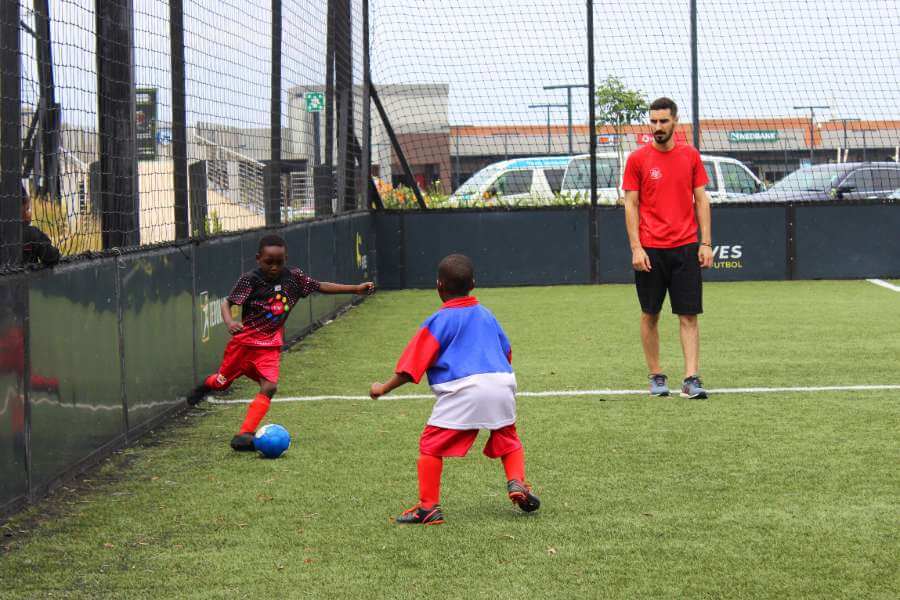 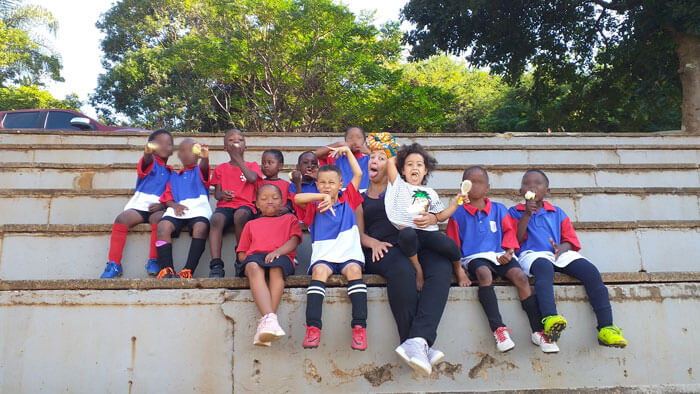 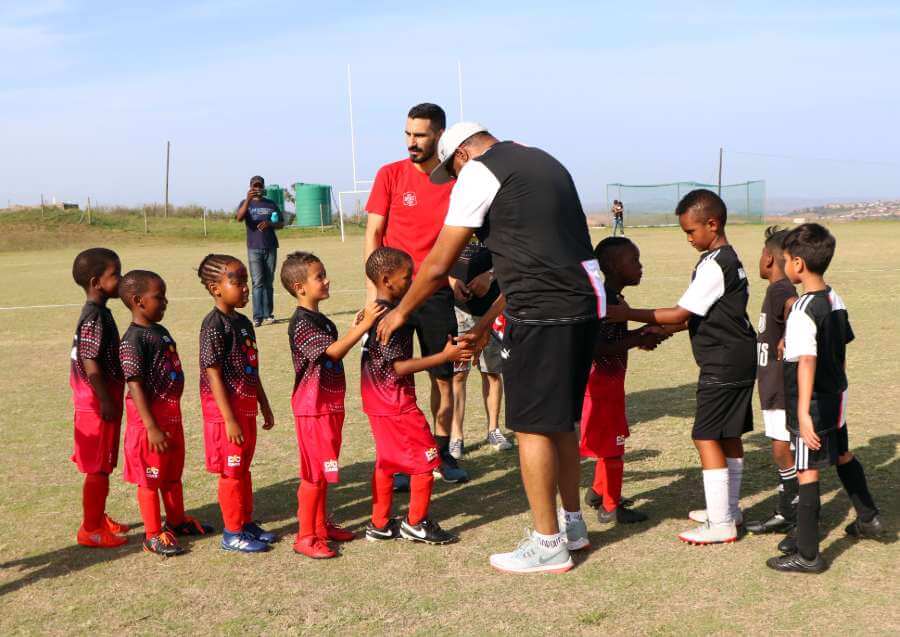 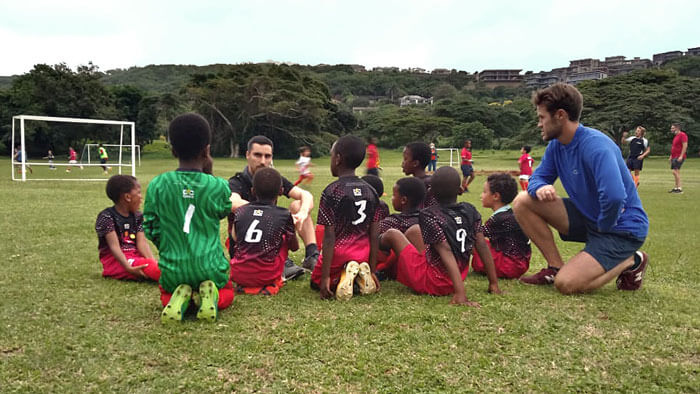 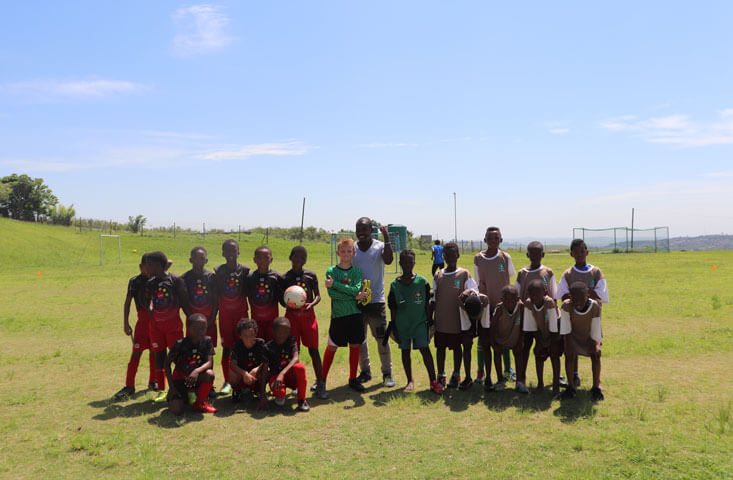 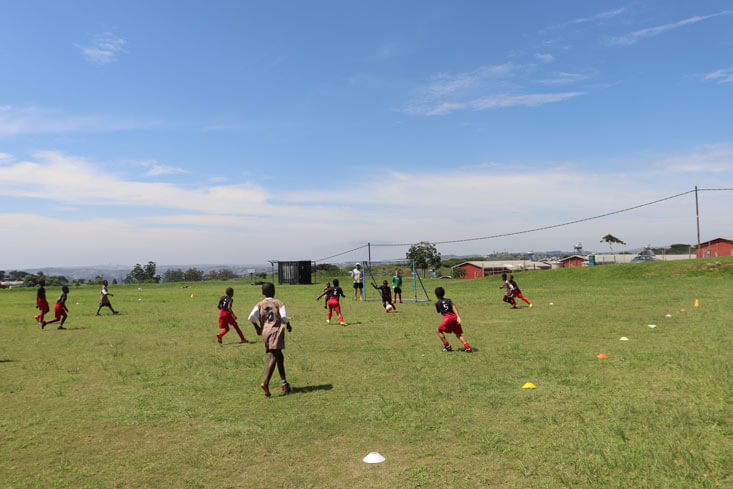 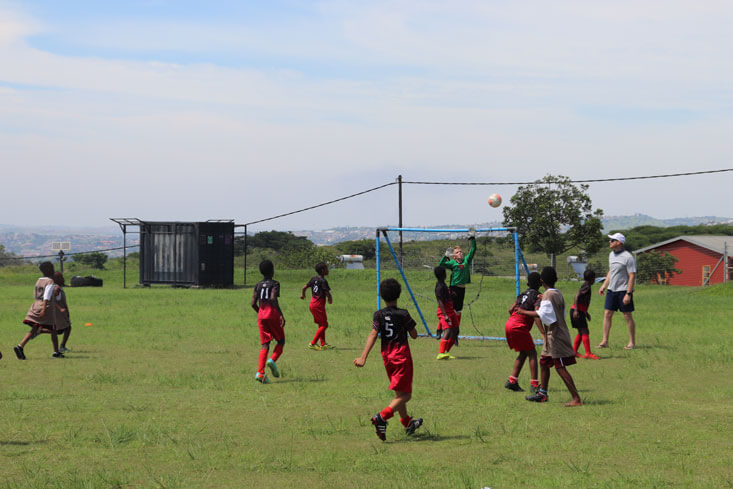 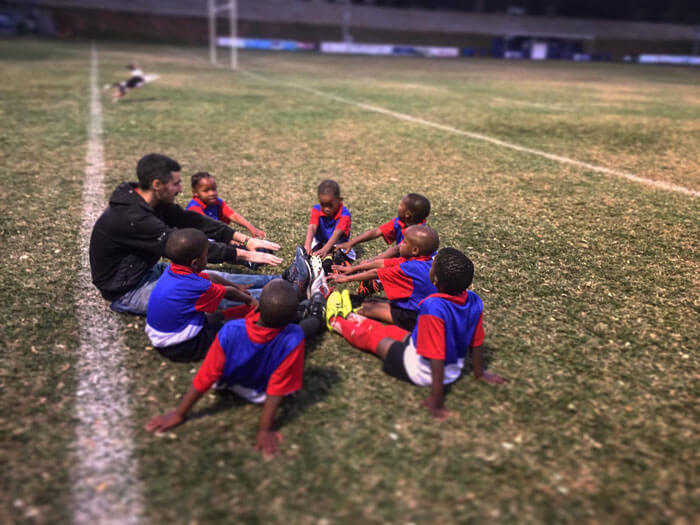 With the waves of emotion & expectations, crashing and forming here at the village, here are my highlight from 2021:

During a match, one of our passionate, and sometimes short-tempered players, literally ran the sole of one of his kokos (boots) off.

He came to me during the game, with tears beginning to well, without saying anything, he showed me his shoe without a soul. I could see it was impacting his game, and he was getting frustrated.

I said to him,

“Boy, you can either come off, or you can keep playing and try your best.”

He paused for a second, and then said

He ran back to his position and played out the rest of the game to the best of his ability with half a shoe, and gave it his best shot!

In that very moment, I had an epiphany.

This was what it’s all about! Even though these children got dealt a bad shoe, they still need to compete and participate in this beautiful game of life. They may be disadvantaged, but as a coach, a father, mother, an aunt or uncle, we are trying to give them the confidence and tools to succeed and enjoy, despite their circumstances.

We are trying to show them they are valuable. They are full of potential. 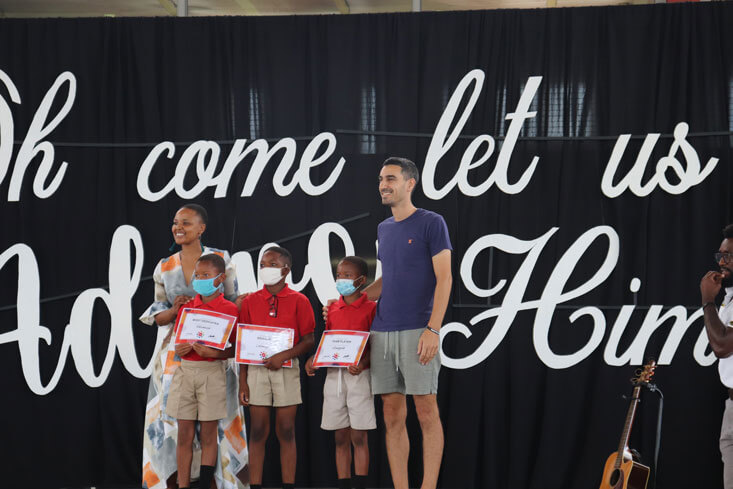 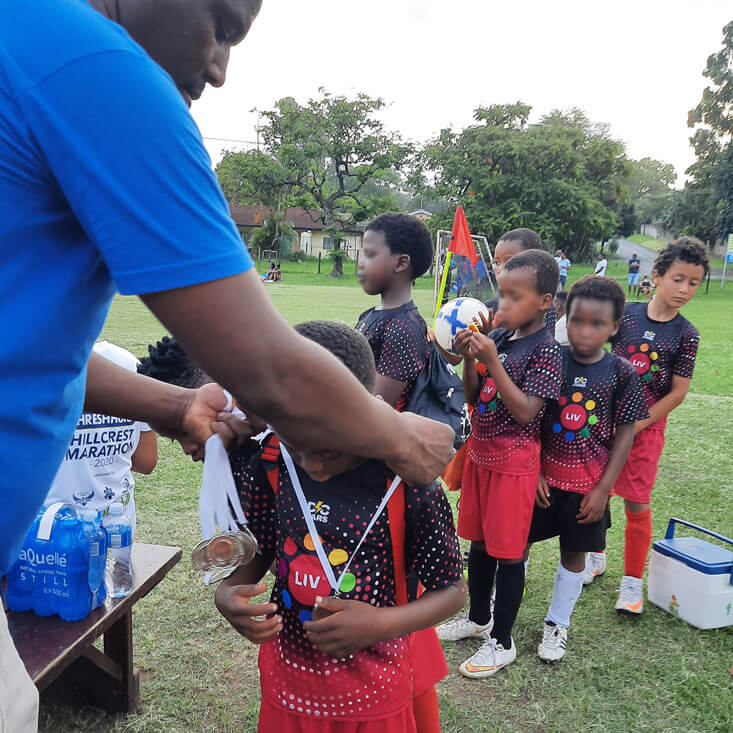 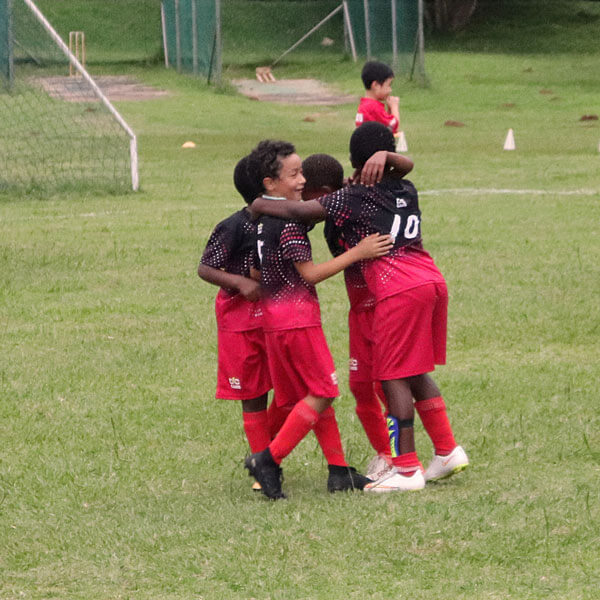 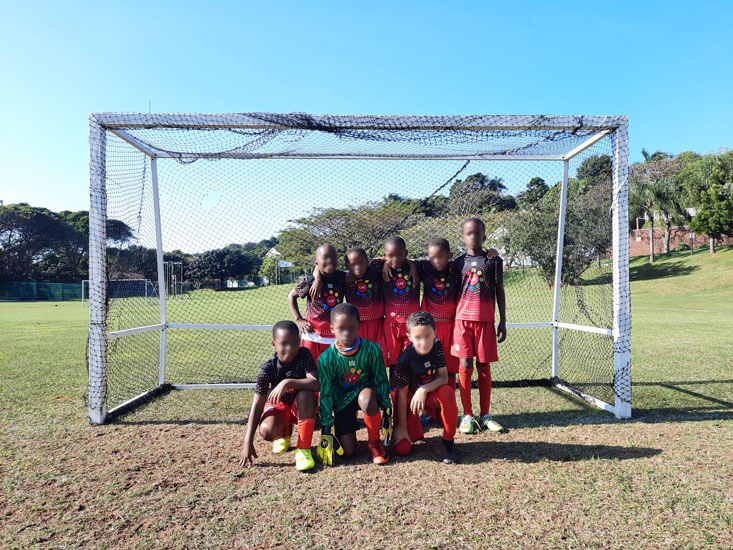 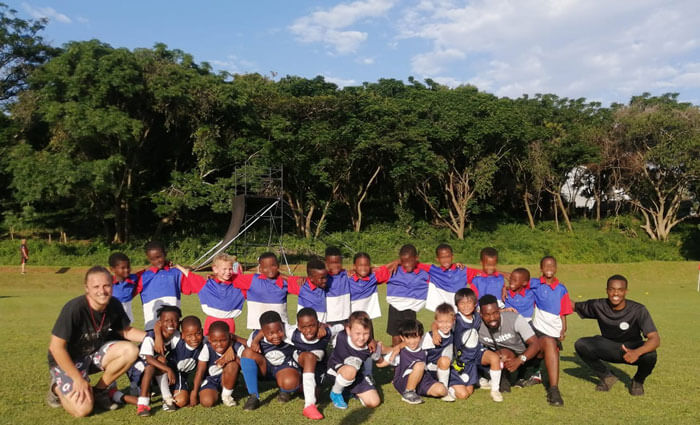 In 2021, challenges and all, we started 2 more new teams – Under 7’s (with coach Nkanyiso) and Under 11’s (Coach Sbonelo). Coach Chris Wagstaff assisted me in 2020 and Coach Jared assisted me with the Under 9’s in 2021. What a blessing these men have been to the boys and me.

To the One who made it all possible, who pulled it all together and made ways where there were no ways: our Father God in heaven, may you be glorified. Thank you for supporting us for the past 3 years in so many ways.

Thank you to our soccer mums and LIV family for such passionate sideline support and self-sacrificial love. Shoutout to Coach Menzi for the wisdom and driving trips aswell as Marco.

Thank you to our very generous sponsors:

P.S. For your interest, here are some of our results from the year: