LIV founder, Tich Smith, always says that if Church, Business and Government can work together we will see all our nation’s orphaned and vulnerable children looked after. Over the last eight weeks, we at LIV Cape Town, have witnessed just this!  On the 15th of April HopeFisant, a Covid19 relief project, was launched by Chanan54.  LIV Cape Town, Hillsong Africa Foundation and Journey of Grace Church immediately joined the campaign and this was the beginning of a beautiful collaboration.

Fisantekraal township, approximately 8km from Durbanville, Cape Town, is home to roughly 30,000 people. It became apparent that, due to the nationwide lockdown, many people in this community have lost their source of income and were now finding it impossible to feed their families.

Between the four founding organisations the fund was started with R68,000, which enabled us to purchase 1,000 food parcels. Prioritising the most vulnerable households, our wonderful volunteers delivered the first parcels to the informal settlement residents on 16th April. A typical parcel includes maize, rice, beans, soy mince, sugar and a bar of soap. From the beginning we had a systematic approach, mapping our deliveries as we went from door to door. It was our desire to include every one of the approximately 6,000 households in Fisantekraal. 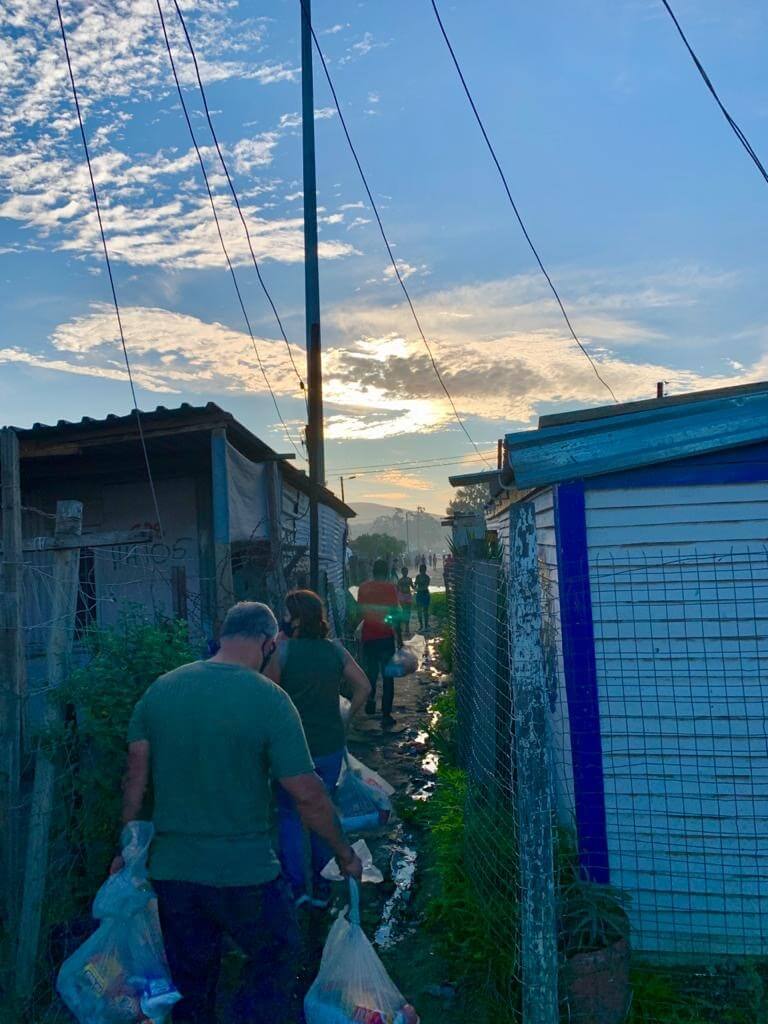 As one lockdown day rolled into another, our volunteers turned up day after day to distribute food –  always with a smile on their faces and ready to encourage with kind words. As we were faithful with the ‘little’, funds started arriving from oversees, and local farmers who have heard of our relief effort  donated fresh produce too.

At the beginning of week three we started assembling Vetkoek mix which we supply to the various soup kitchens in the community. Furthermore, Western Cape Department of Social Development entrusted us with 20 ton of maize to be distributed fairly. At the time of writing this we have distributed over 68 ton of food.

Now that we are in lockdown level 3 here in South Africa, many people will return to work and as such our food relief work will slowly come to a halt.  We are mindful to not create dependency on NGO’s. It has been an absolute pleasure to serve our local community at a time when they were at their most desperate.  The success of this project can be attributed to the selfless collaboration between every volunteer and donor. None of us cared who gets the credit as long as God gets the glory! 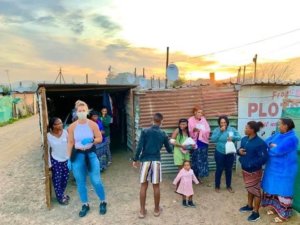 LIV Cape Town look forward to returning to their ECD (Early Childhood Development) work in Fisantekraal when the government permits it.  We are also prayerfully considering other projects / programmes to continue building relationship in our communities.

If you are in the Western Cape and would like to get involved with the community work LIV Cape Town is doing or you would simply like to find out more, please contact Rob and Niki Mason at robmason2010@gmail.com or nikimason@me.com.