We proudly introduce to you: LIV Canada!

LIV Village recently launched another international office.  In Canada! We are absolutely jubilant that our family is growing, and that the area of our tent is being enlarged.

The couple that heads up LIV Canada is Brett and Mandy Roper. 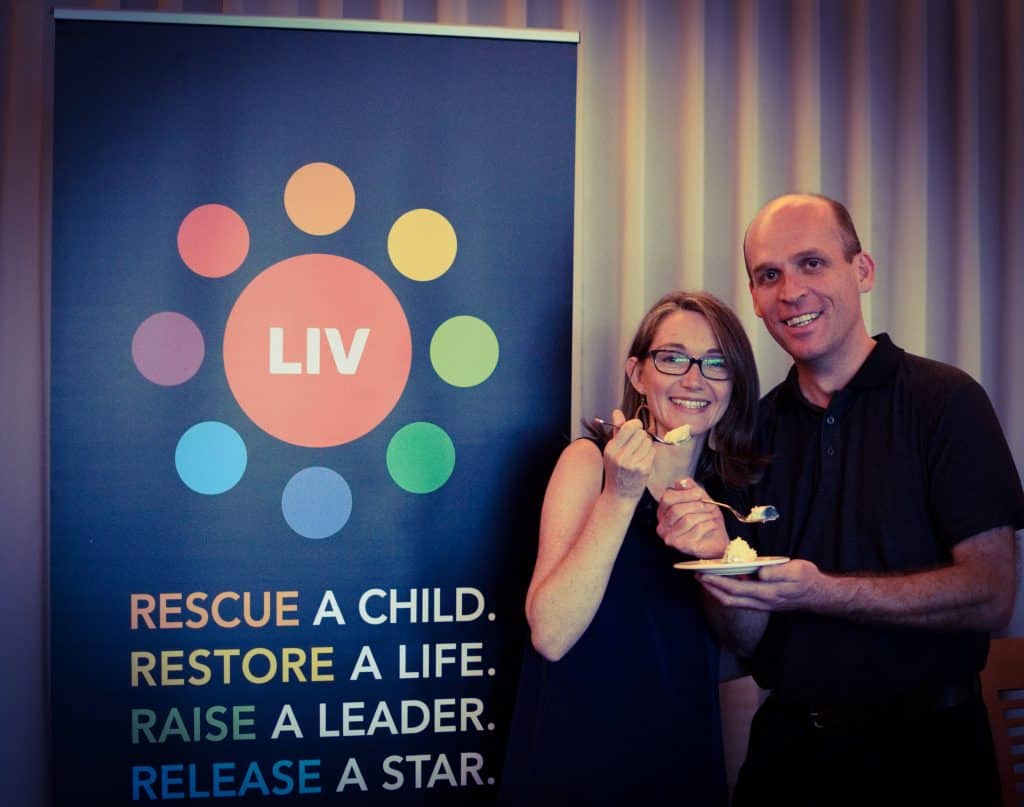 Brett and Mandy Roper, celebrating the launch of LIV Canada!

Brett and Mandy were both born and raised in South Africa but they have been living in Canada for the past 18 years. Brett grew up in Uitenhage and Mandy in Port Elizabeth.

In March 2014, Brett and Mandy were at a COTN conference at Victory Church in Jeffreys Bay (their home church in Nanaimo, BC – New Horizons Church– is part of the COTN family) where they heard Tich Smith share about the work being done at LIV Village. They had been helping Brett’s parents at a little farm school outside Uitenhage on a couple of trips home and God had given Brett a specific picture of the incredible potential for this area, but they just couldn’t see how it could be possible. As Tich spoke, the couple’s hearts soared, and Brett sensed the Holy Spirit say: “This is how!” They saw how hope, justice and the transforming power of God’s love could impact generations and transform a nation. They also saw the practical application of the cry of their hearts for the orphaned and vulnerable.

For three years the Ropers have dreamed and hoped that they’d be able to visit LIV Village one day. In July 2017 that dream became a reality when they spent five days at LIV Durban. God spoke to them clearly during this time and  they knew they had to share the story of this “incredible place of hope.”

On the plane back to Canada, Brett and Mandy seriously considered selling everything and moving to the village immediately but they realised two things; they are fully planted and invested in their home church and it’s vision for Nanaimo,  and they could be most helpful to LIV by spreading the news and raising support throughout Canada. Even though their hearts longed to be in the epicenter of the work being done, they sensed that God needed them to start a work in Canada. With the blessing of the LIV Board, they started praying about who they should approach for the team in Canada. This team now comprises of  two couples; Robert and Loraine Dockerill and Richard and Kim McMurray, as well as Valerie Fossen who have been incredible supports to the Ropers. 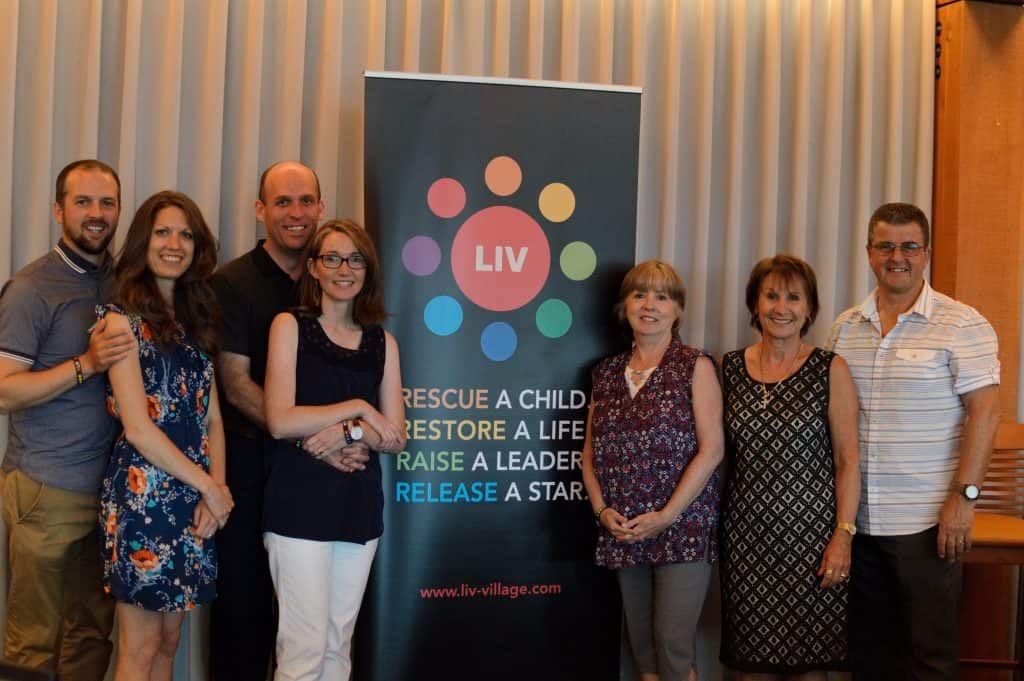 The LIV Canada Team from left to right: Richard and Kim McMurray, Brett and Mandy Roper, Valerie Fossen and Loraine and Robert Dockerell.

“Our hope for the future of LIV Canada is to continue to raise awareness and support for the work being done through LIV.” – Brett and Mandy Roper

“We were so excited when we heard that Tich and Joan were going to be able to come to Canada after their trip to the USA. In the spirit of the original LIV banquet, we had hoped to have an official event to launch LIV Canada and to actually have the founders here for it was a dream come true!” says Mandy Roper. 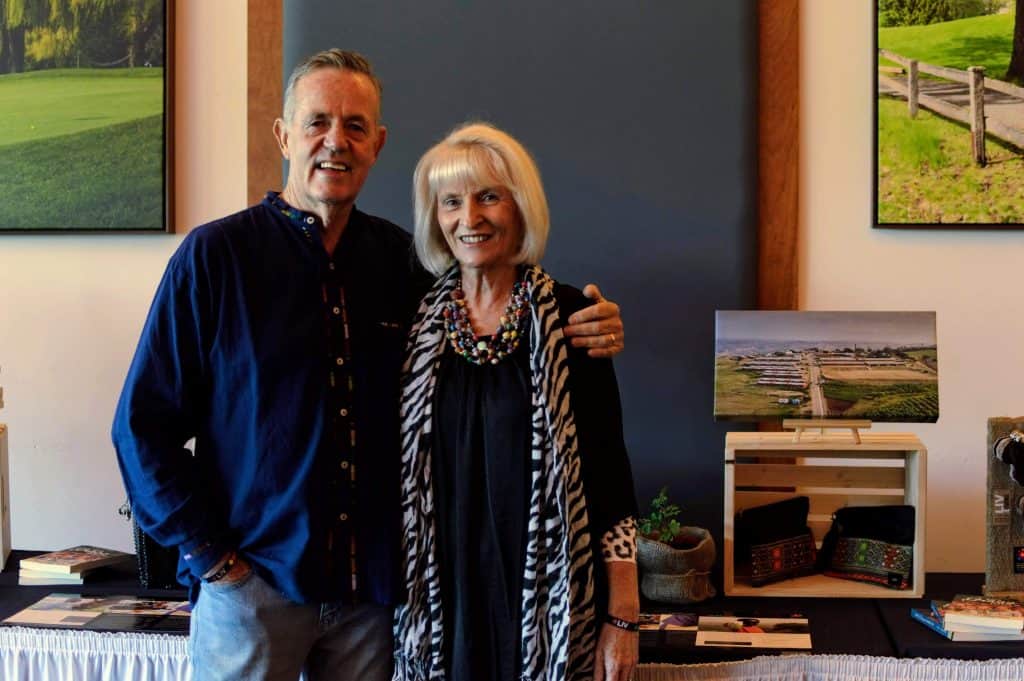 The founders of LIV Village, Tich and Joan Smith, at the launch of LIV Canada.

The launch of LIV Canada took place at the Nanaimo Golf Club on Wed Aug 1stwith about 75 guests in attendance. Tich and Joan shared the story of LIV the start of the Canadian office was well celebrated. It was a beautiful night. The goal was to invite friends, colleagues, potential business partners, local churches and anyone in the Ropers’ community who wanted to come. 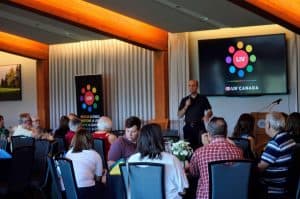 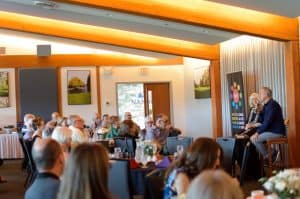 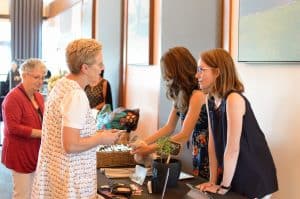 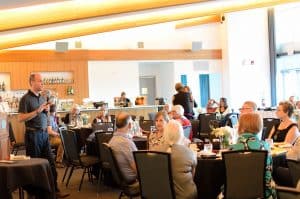 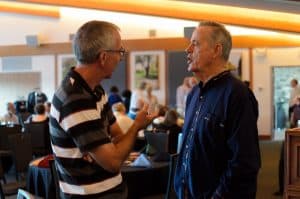 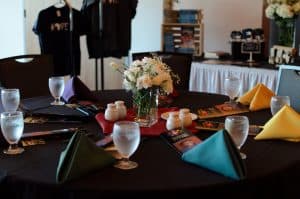 “Our hope for the future of LIV Canada is to continue to raise awareness and support for the work being done through LIV.” The Ropers believe that it is possible to raise enough support to sustain all the immediate work through committed monthly donors and to facilitate long term sustainability through business partnerships. There is no amount too small. “Canadians have such generous hearts and are very invested in their local communities. We trust that when they hear the story of LIV, they’ll be moved to participate.”

LIV Canada is officially part of the LIV family now and we can’t wait to see how the obedience of Brett and Mandy will impact generations to come! For more information, contact us at info@liv-village.com. Together we can.